The Charollais flock was established in 2006 mainly due to the breed’s ability to produce early finishing quality carcass lambs off grass with great length, easy fleshing and fantastic eating quality.

Early foundation females were purchased from the Foulrice, Wraycastle, Loweyre and Southam flocks where we looked to purchase correct, well muscled and fleshed, clean females with strong family lines.

Although we didn’t start by showing the Charollais at a high level, we’ve had various success on the summer show circuit and in the sale ring with our first major sale coming in 2007 with Foxhillfarm Gemini XWY6013 selling at the Worcester Premier Sale of 3200gns. In the same year we took the reserve breed championship at Devon County.

Then in 2009 we sold Foxhillfarm Jake XWY9005 for 2000gns and in the same year we took the top price at the NSA Multibreed sale, selling a lamb for 750gns.

New additions joined the flock in 2009 with the purchase of two females from Messrs Lionel Organ’s dispersal for 1600gns and 1100gns. Joining them was Carthorpe Grand Duke YVY6032 for 4050gns.

In 2010 we were back in action at the Worcester Premier Sale, this time securing top place in the January ram lamb class before selling for 1000gns.

The following year saw a greater push in the show ring with our three ewe lambs entered at the Devon County Show coming first to third with the class winner, XWY110032 going on to be reserve female and reserve breed champion.

2016 proved to be yet another successful year for the Charollais flock as we took our stock tup, Logie Durno Olympian 14ZNN09818, who was purchased at the Worcester Premier Sale having stood reserve shearling male champion for 7000gns, to Royal Cornwall when he was part of the interbreed pairs champions, while at Devon County he stood breed and interbreed champion, as well as reserve interbreed pairs.

At both the Royal Cornwall and Devon County Shows, a home bred lamb of Kracker out of a dam by Carthorpe Grand Duke YVY6032 took the reserve male championship, as well as interbreed ram lamb at Devon County. A ewe lamb, again by Kracker was reserve female champion at both shows. The same ram lamb was then second out of 42 lambs at the Royal Welsh Show.

Having concentrated on the Limousin cattle for a few years, Michael returned to the Charollais show ring in 2017 winning the aged ewe, shearling ewe and ewe lamb classes at the Royal Cornwall Show before going on to take the breed championship with an aged ewe. That same aged ewe was also breed champion at the Devon County Show in the same year.

Meanwhile, 2019 saw a breed and interbreed championship at Royal Cornwall for a home bred aged ewe by Logie Durno Olympian.

We currently run 20 ewes with the stock tups now being Crogham Regal 16AB01065 and Logie Durno Olympian 14ZNN09818. The 2018 crop of lambs are by him and semen is available from both tups. 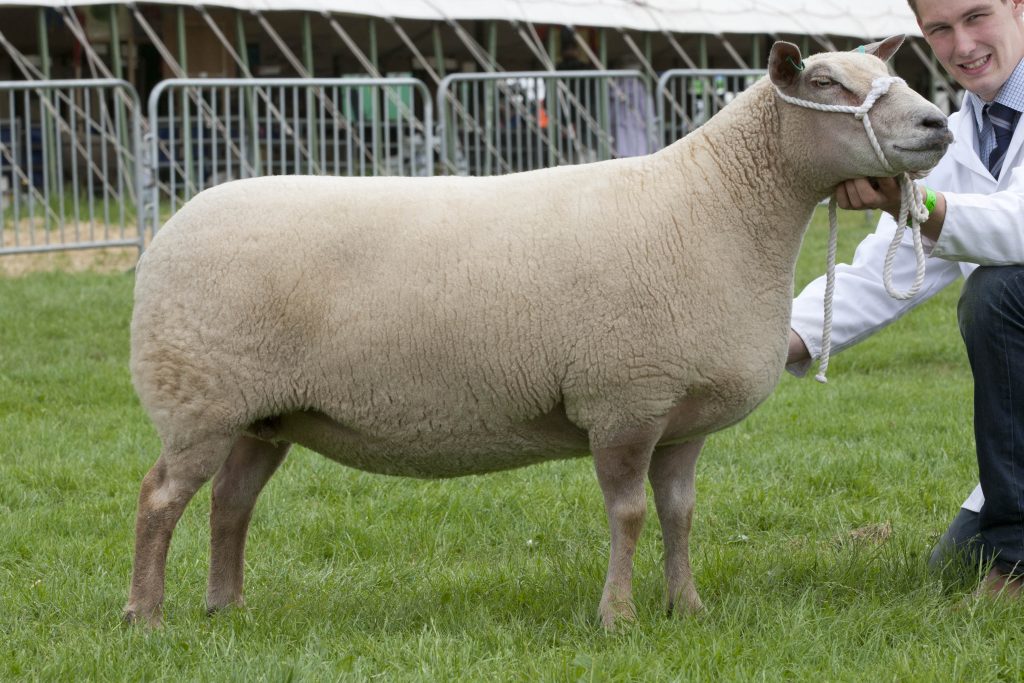 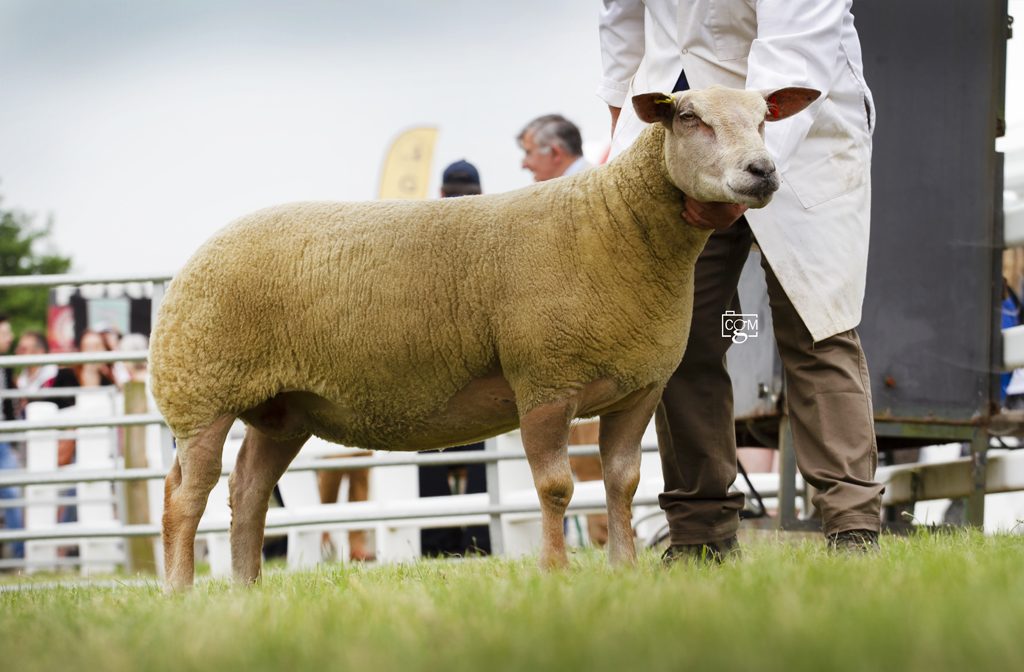 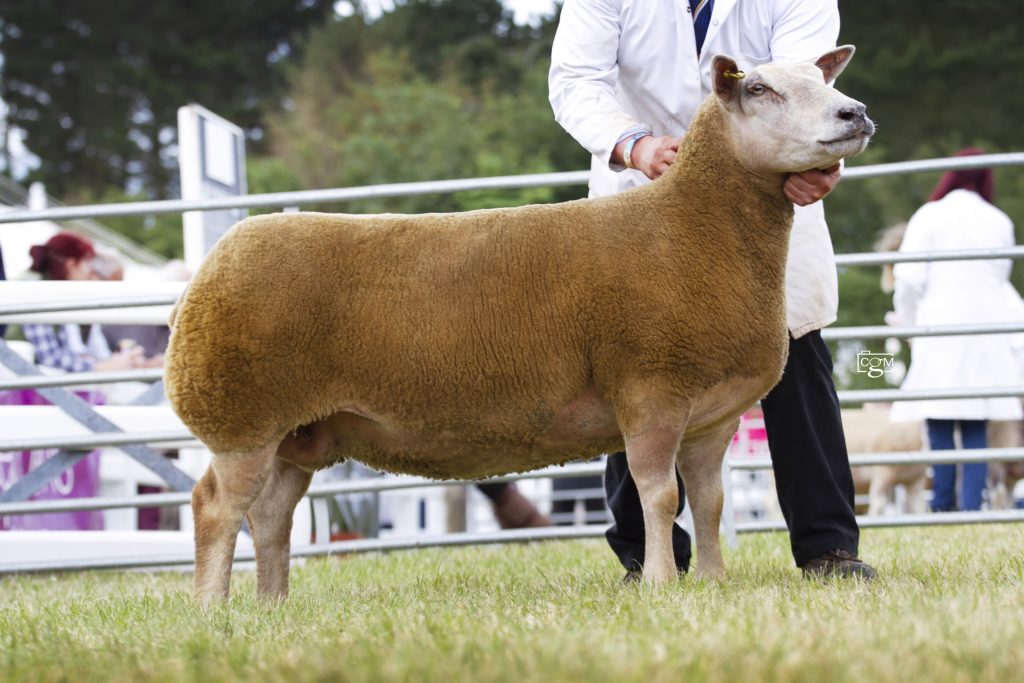 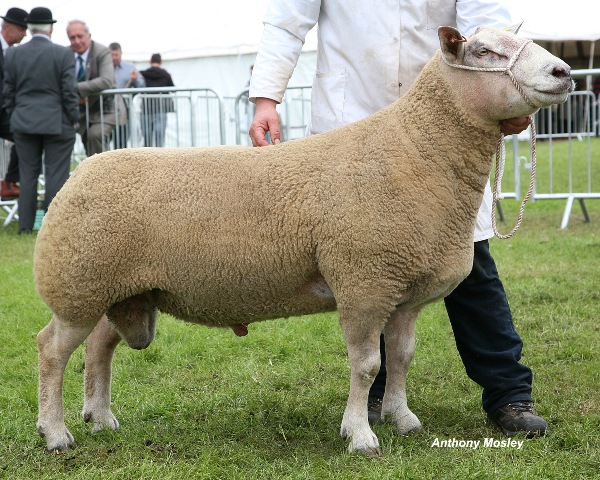