Alice was purchased at Gordon Wilson’s dispersal sale for 15,000gns. She is by the noted Sympa and is out of the Nickel daughter, Princesse. She had already produced the 38,000gns Carlisle May 2011 champion, Bankdale Exfactor and the 65,000gns Bankdale Erin, as well as the 35,000gns Elizabeth, who we also purchased as a foundation cow for the Foxhillfarm herd.

Her first calf, Foxhillfarm Gracie, was inside her when we bought her. She started her showing career as a calf at the Royal Welsh Show in 2012 when she stood second in a strong class and then went on to win six breed championships, a Continental interbreed title, a reserve interbreed and two interbreed titles at both regional and national level. 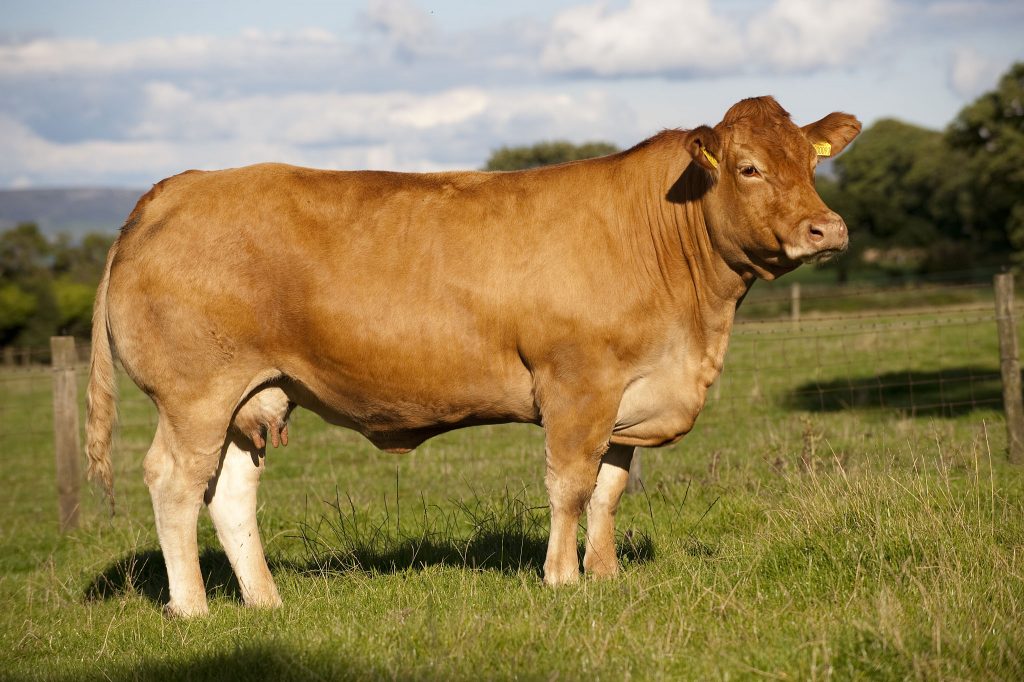 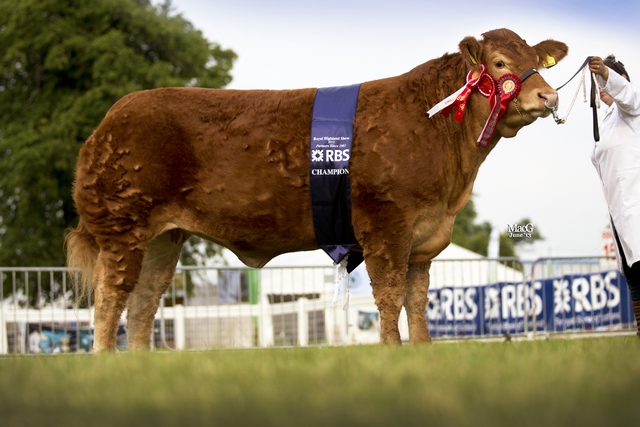 As a result of various successful flushing programmes a number of full siblings to Gracie are now in the herd with many bulls selling for high figure prices at the Carlisle sales.

Izzy’s first progeny to hit the sale ring include Foxhillfarm Naughtybutnice, a Neuf daughter who sold at the 2017 Red Ladies weaned calf sale and a full brother, Foxhillfarm Nottonight, who sold for 5200gns in Brecon 2018. 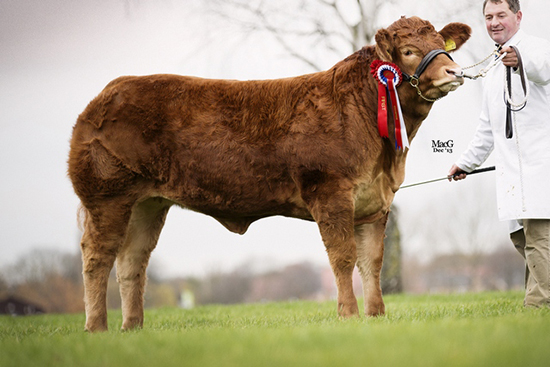 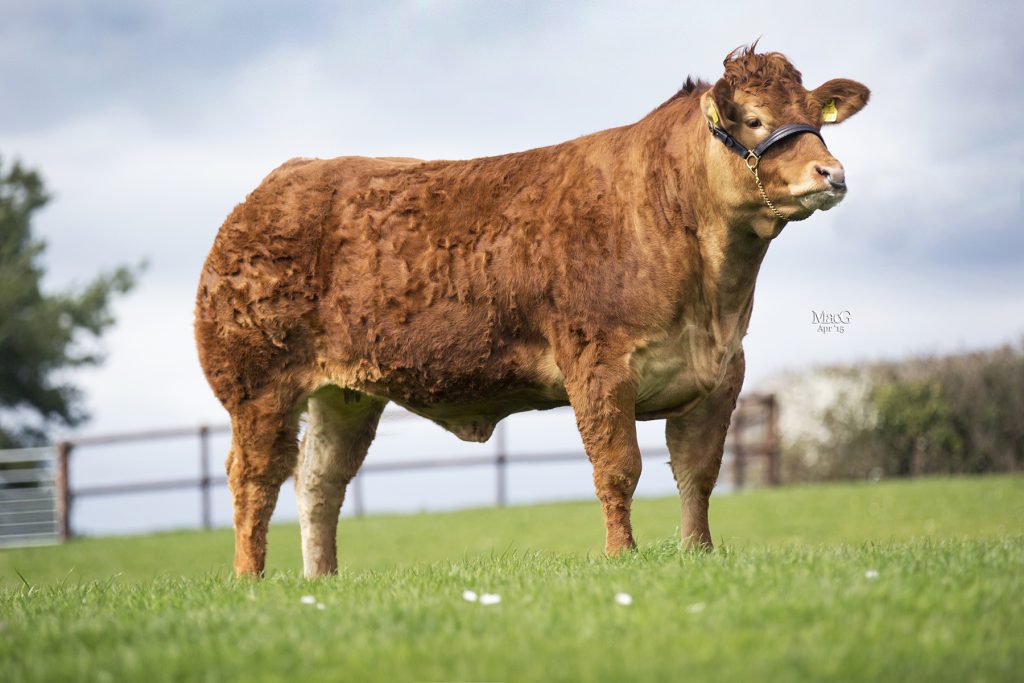 Foxhillfarm Ivy stood second to her sister on her first outing at the Cornwall Calf Show and the Scottish Winter Fair and then second again in 2014 at Devon County Show. Together Izzy and Ivy have proved a formidable force winning various pairs championships.

Then in 2015 she was reserve female champion at Devon County, reserve champion to her brother Foxhillfarm Jasper at Royal Bath and West, reserve breed champion and winner of the coveted Burke Trophy at Royal Cornwall, again with Jasper. 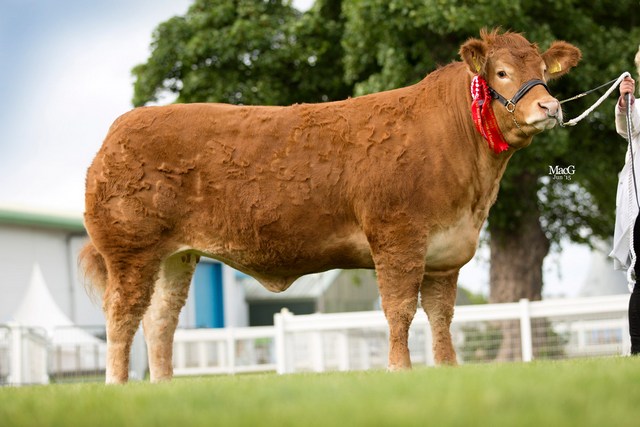 The March 2013-born full sister, Foxhillfarm Isla, won her class at the Cornwall Calf Show, stood third at the Stars of the Future Calf Show and was part of the winning Duke of Norfolk Trophy group at Smithfield, alongside Izzy.

Isla’s first successful daughter, Foxhillfarm Naomi, a Trueman Jagger daughter won her class at the Stars of the Future Calf Show in November 2017 and went on to take the reserve junior female championship in the Limousin section. In 2018 Naomi won Devon County Show as a yearling heifer and then came out with a bang in 2019 winning seven breed championships, including the Royal Welsh and she also claimed six interbreed titles. By winning the Welsh, Yorkshire and Highland, she secured the coveted Triple Crown title.

The May 2018 Carlisle sale saw us offer a number of Isla daughters by Trueman Jagger, firstly Foxhillfarm Natalie who sold for 9000gns; Nicola sold for 7000gns; Nellie at 7000gns, Nannymcphee at 5500gns and Noleen at 4500gns. 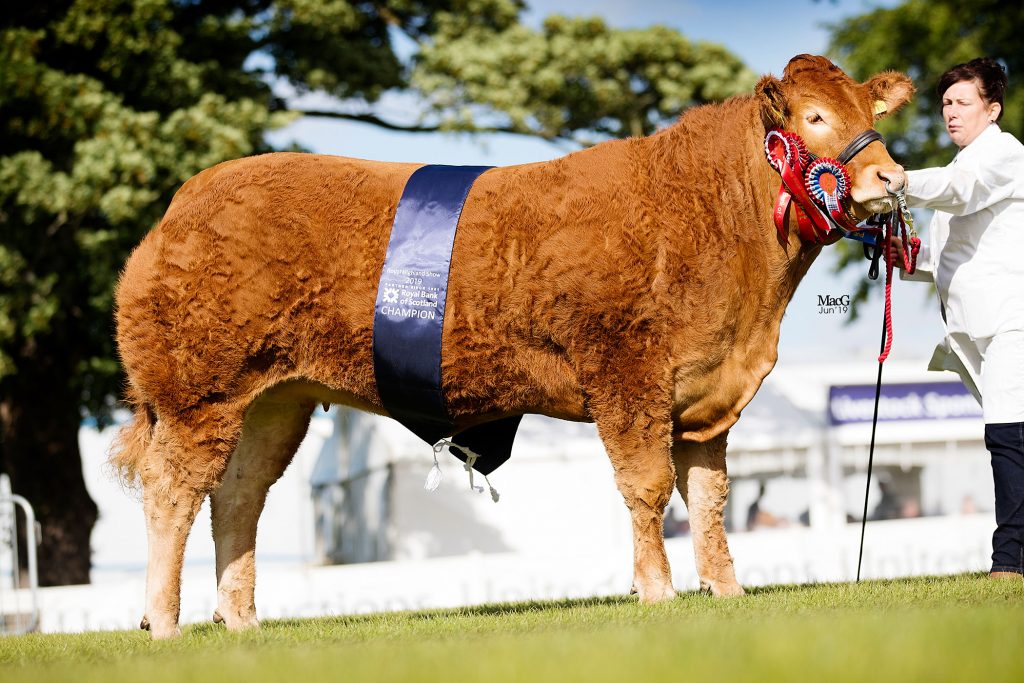 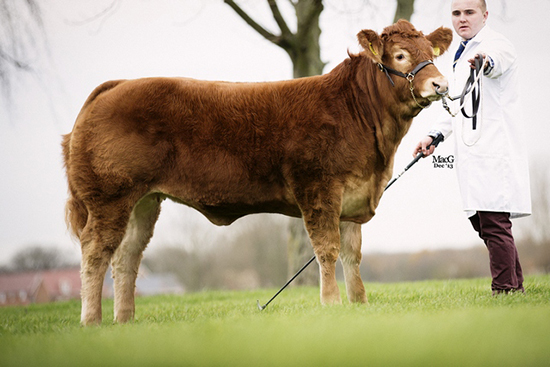 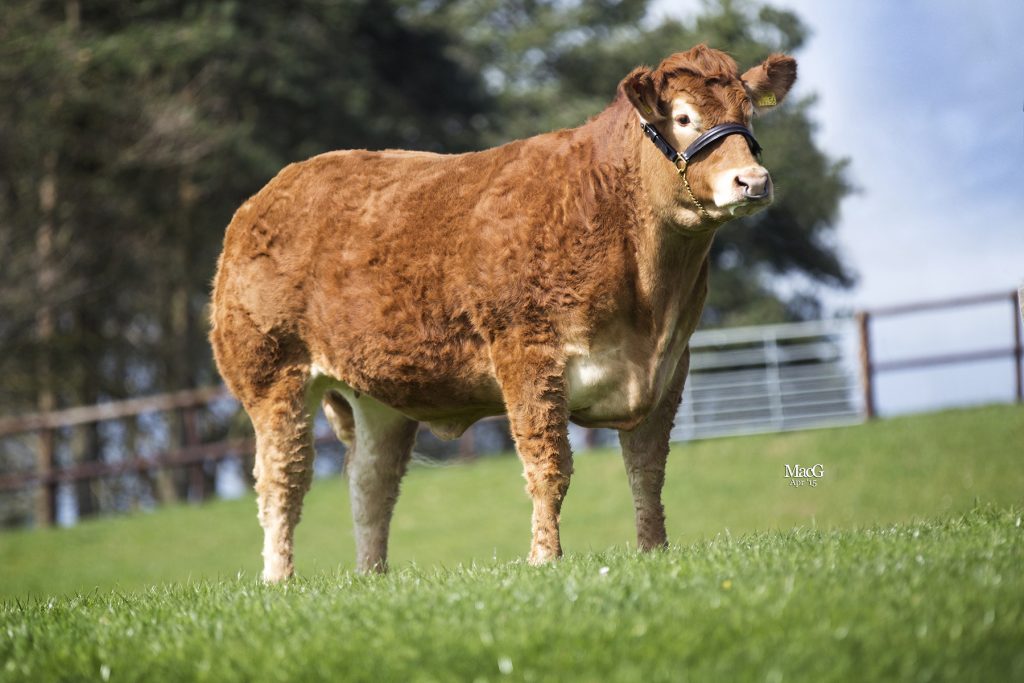 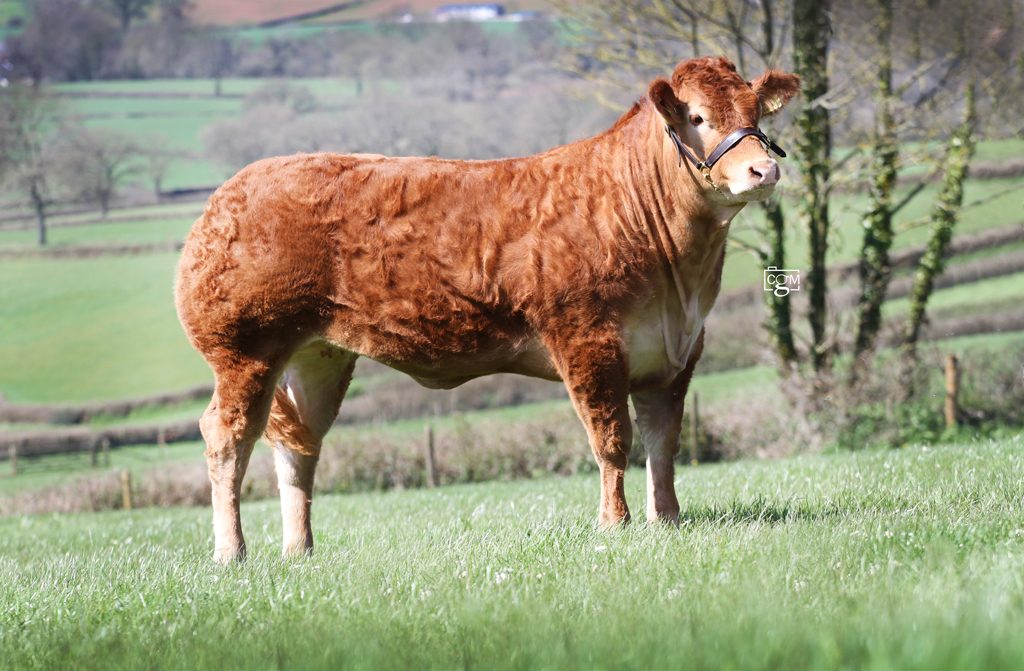 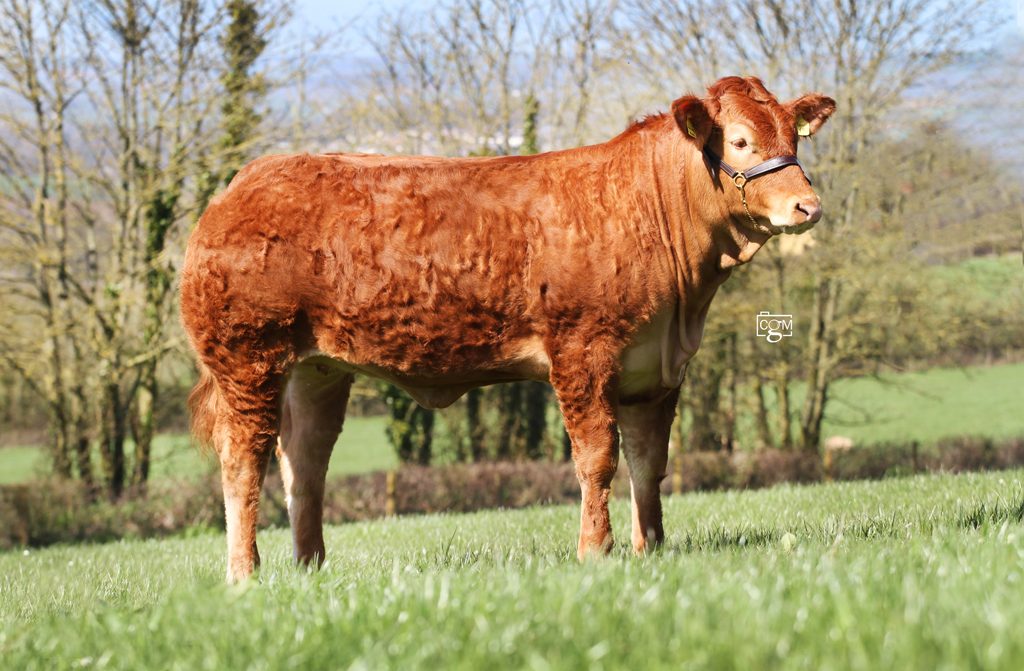 Meanwhile, Foxhillfarm Iola stood second to Isla at the Cornwall Calf Show and third at Stars of the Future.

Iola’s daughter, Foxhillfarm Natasha, who is a Trueman Jagger daughter, was part of the 2018 show team and was a class winner at the Great Yorkshire Show and stood junior female and junior overall champion. 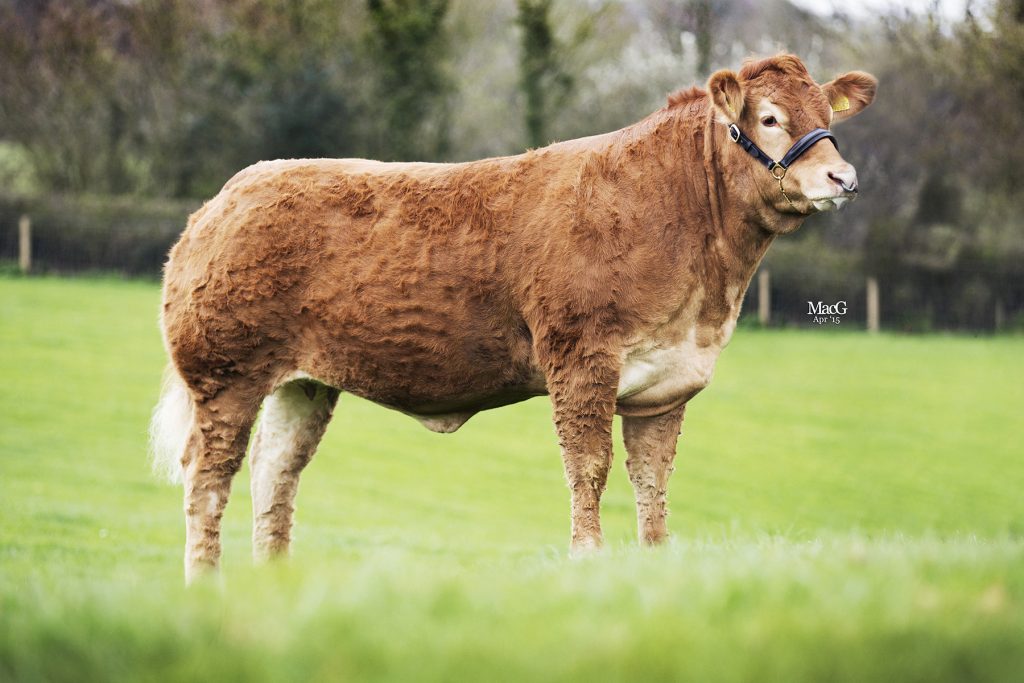 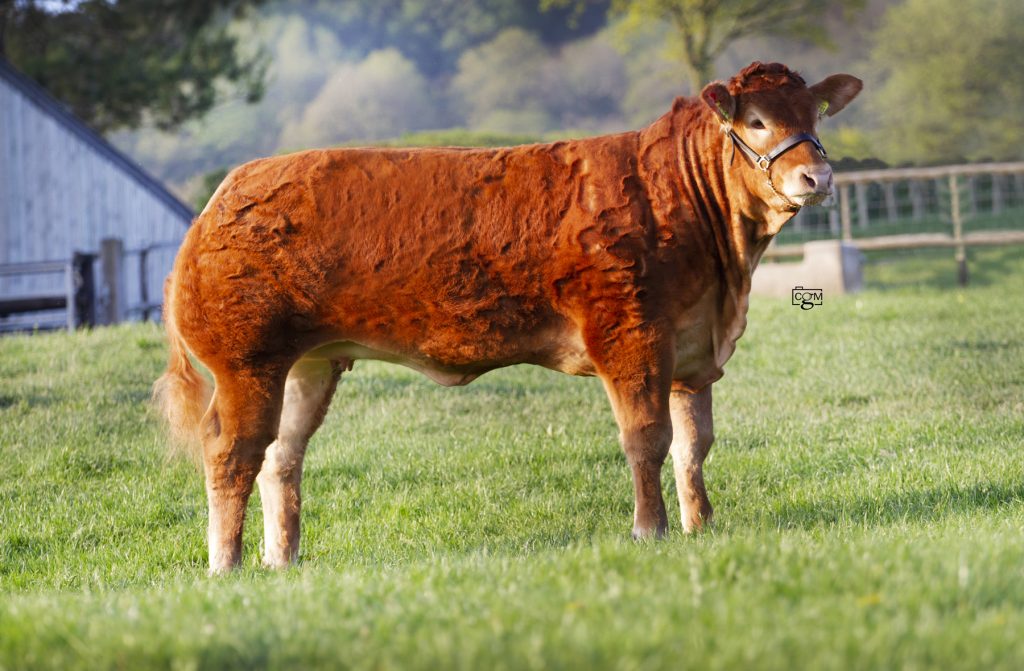 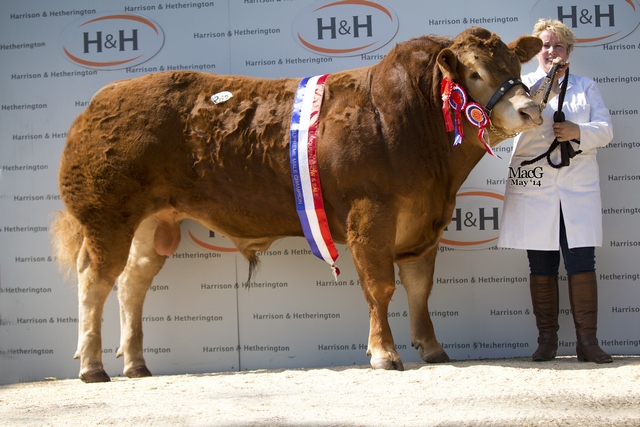 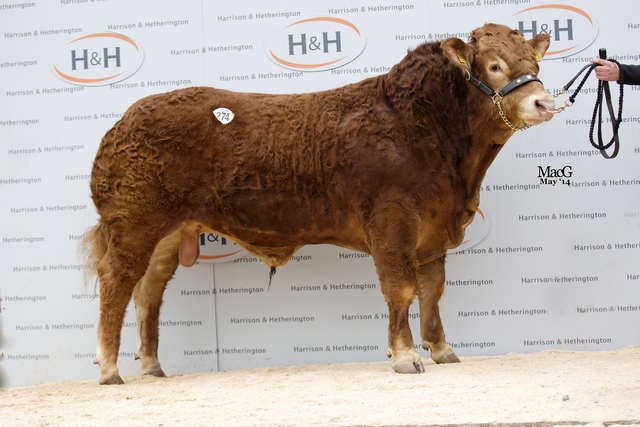 At the same Carlisle sale we secured the reserve junior champion with yet another Alice son, this time by Loosebeare Fantastic in the form of Foxhillfarm Jupiter. He went on to sell for 29,000gns, while his full brother, Foxhillfarm Jackflash, stood second in his class and sold for 19,000gns. 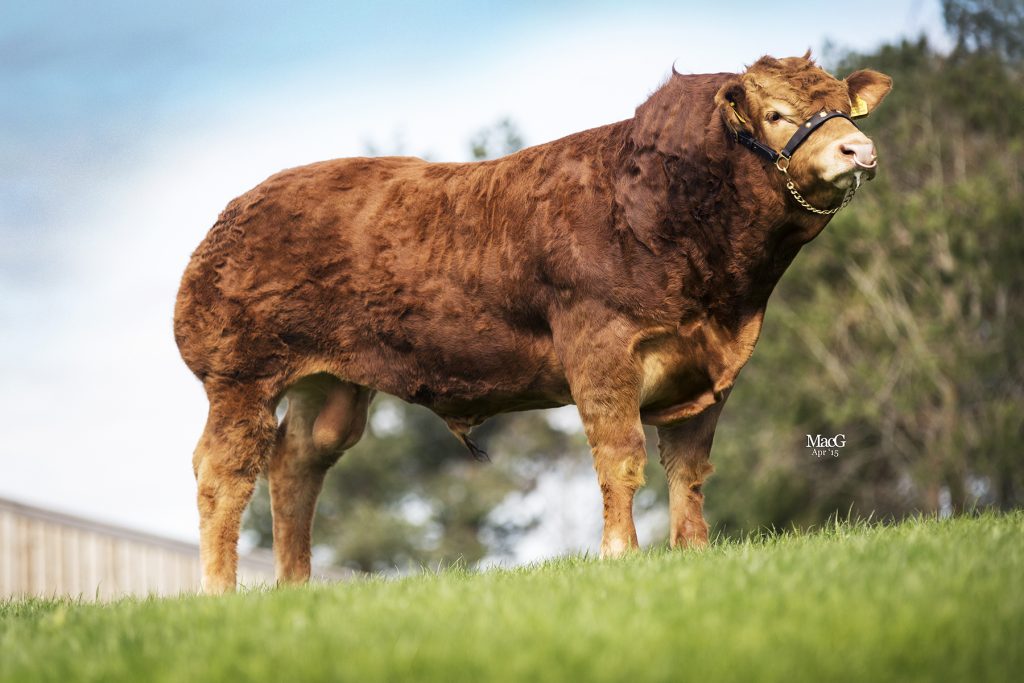 Having been shown as a calf when he secured the Limousin championship and interbreed championship at the National Limousin Calf Show at the English Winter Fair and champion at the East of England Smithfield Festival, Foxhillfarm Justhtejob, sold at the same sale for 14,000gns to the Knock herd. This one is full brother to Jupiter and Jackflash. A further sister to these, Foxhillfarm Joslyn, has also been shown successfully taking interbreed group of three at the Royal Welsh in 2015. 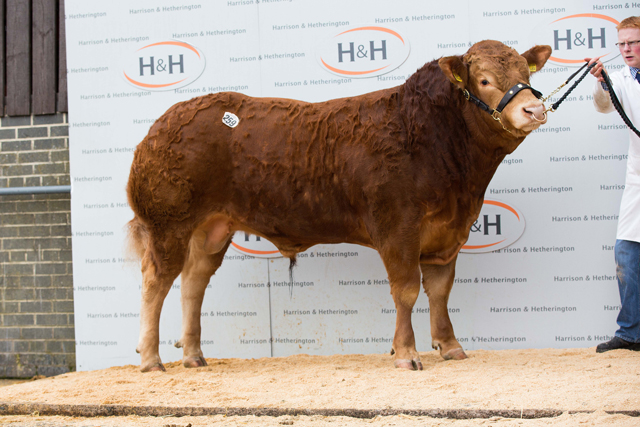 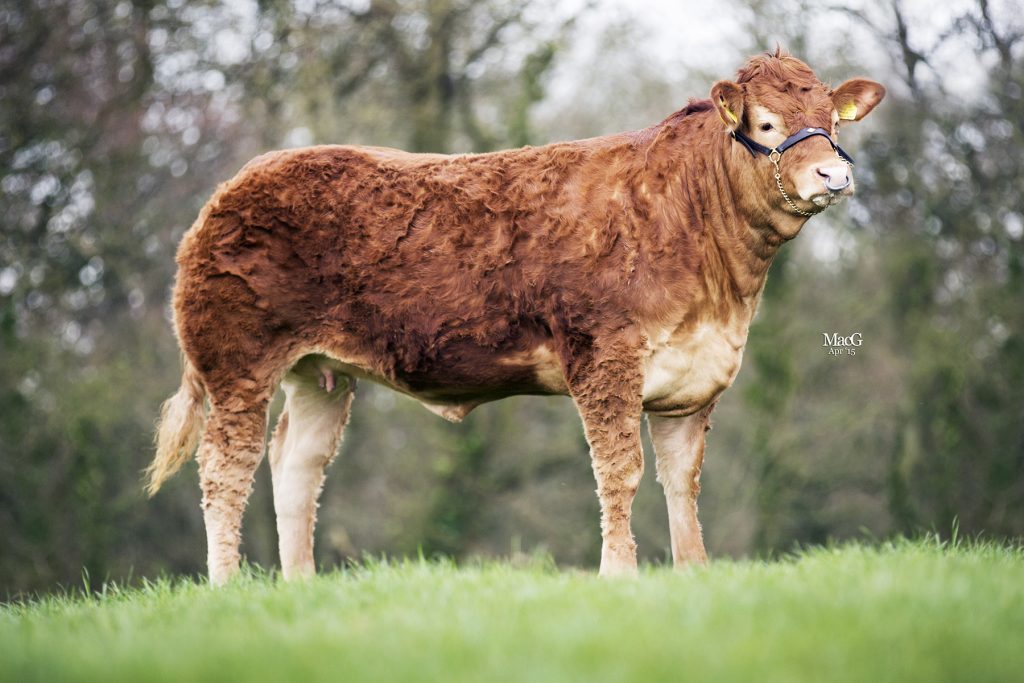 In the back end of 2015, another Alice son, Foxhillfarm Lionking, by Ionesco, stood calf champion and reserve male champion at Frome Show.

In the same year he was also reserve male champion at the 45th Limousin Anniversary Show in Carlisle, behind the herd’s main stock sire Trueman Jagger.

At the Femme Fatale sale in Carlisle in May 2017, Foxhillfarm Liberty sold for 19,000gns. This June-15 born Alice daughter is by the noted sire Broadmeadows Cannon. Then making 15,000gns was Foxhillfarm Mary. This one is by Vantastic making her a full sister to Gracie.

In May 2018 we offered a daughter of Alice, Foxhillfarm Nextmillion, by Trueman Jagger, at Carlisle and were delighted when she sold for 7000gns to Gordon and Helen Wilson, breeders of Alice. At the same sale we sold her full sister, Foxhillfarm Narnia for 4500gns.

The summer of 2018 saw an Alice grand daughter take to the show circuit and bring home numerous awards. Foxhillfarm Minesagin is a Jagger daughter out of Foxhillfarm Justtheone, herself a Loosebeare Fantastic daughter.

In July 2020 Foxhill Rebecca a Haltcliffe Dancer daughter sold for 14,000gns, her dam being Foxhillfarm Isla, a Wilodge Vantastic daughter out of the foundation female Alice. She found a new home with Gareth Corrie of the Drumhilla herd, Newtownards. 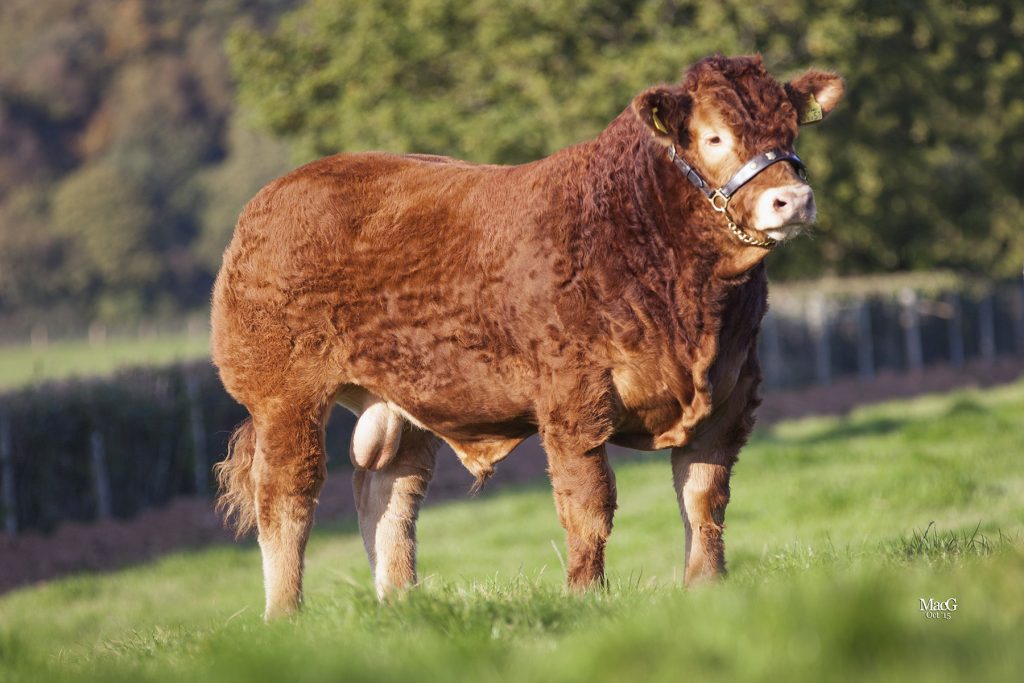 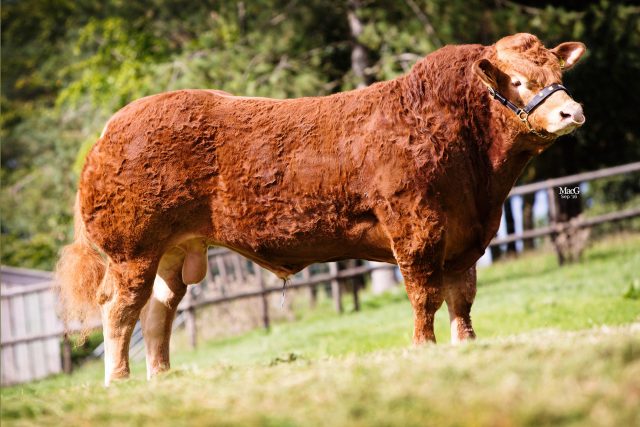 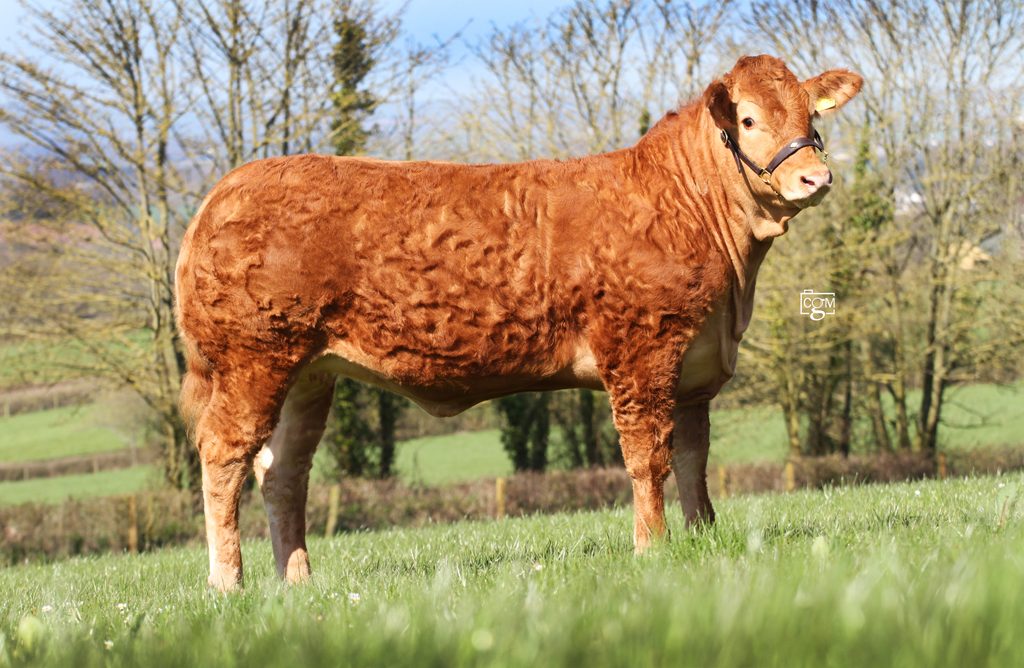