Logie Durno Olympian 14ZNN09818 was purchased at the Worcester Premier Sale in July 2015 for the day’s top price of 7000gns having stood reserve shearling ram champion.

Olympian is by Crogham Lambert out of a Rockville Golden Promise ewe and was purchased for his length, correctness and excellent fleshing attributes.

Olympian has been shown successfully for the Alford family in 2016 when he stood interbreed pairs championship at the Royal Cornwall Show, while at the Devon County Show he stood breed and interbreed champion, as well as reserve interbreed pairs. 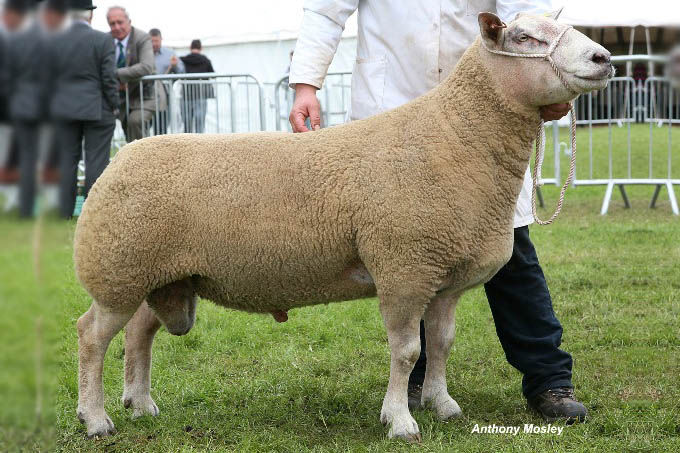