Having admired her greatly in the showring as a two year old heifer, we were fortunate in 2016 to purchase the highly successful Rhymil Kylie in a private deal from breeder Rhys Millichap as an 18th birthday present for Charlotte.Kylie is by Gitan and is out of Lakeview Dancer, an Empire daughter and was purchased for her size, correctness, fantastic locomotion and femininity.

In 2016 Kylie had a great show career culminating in many regional one day championships, as well as the following national highlights:

Kylie has been flushed to both Park Daimler and Bringlee Freeman, two of the breeds oldest sires in use currently. We feel that while the breed has modernised themselves in many ways, it has somehow lost some of it’s more commercially desired attributes such as great tops and plates, therefore, a move to more traditional sires was taken for Kylie’s progeny.

Her first registered calf, Foxhill Nadiya, is by Daimler and made quite an impact on the 2018 winter show scene at the pedigree calf shows, picking up the following titles:

Meanwhile in 2019, Nadiya notched up the following wins:

The second ET-bred calf from her is Foxhill Natasha, a Bringlee Freeman daughter, was sold privately in the winter of 2018.

We now have a few more calves on the ground out of Kylie, including a bull calf OO7 by Park Damler, a heifer calf Priceless by Bringlee Freeman and another heifer by Park Damler.

January 2020 saw the first female progeny from Kylie to be offered at auction, with Foxhill Olala taking the female championship in the pre-sale at Carlisle before going on to sell for the top female price of 4500gns. She is a March 2019-born daughter of Affute Du Ry Ossogne. 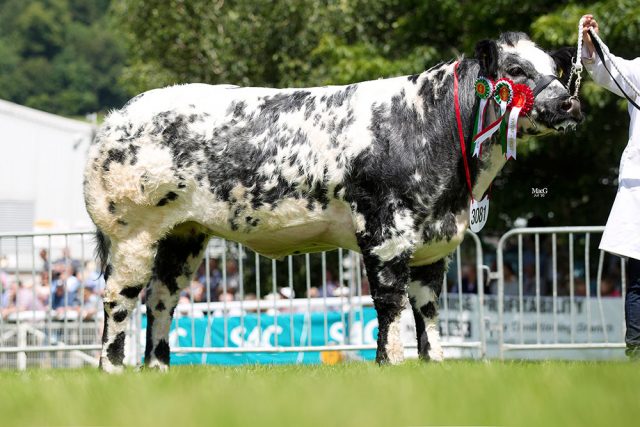